I use affiliate links. As an Amazon Associate, I may get commissions for purchases made through links in this post marked with a * sign.

Last Sunday, Caj and his wife joined me for a trip in the Finnish Archipelago Sea around Ruisalo in Turku as they wanted to test their new Anfibio Packsuit which they ordered from the Packrafting Store in Germany. Caj was already a bit in a panic if he would receive his drysuit on time as he was planning to take it to the Swedish Packrafting Round-Up 2016 which will take place next weekend (update: nowadays it is called Nordic Packrafting Round-Up)

Caj decided to take his GoPro Hero Session camera to film our paddling adventure around the Turku islands. I have paddled already last year quite a lot in the Turku Archipelago during the seasons.

The South-West Coast of Finland is one of my favorite outdoor spots in Finland. The sea, pine trees, seagulls, rocks and the wind give this whole place certain magic (as Caj would probably describe it).

Sometimes it’s a bit hard to estimate how long it would take for a ship to reach us. In this case, we decided just to wait and let the ship pass before continuing paddling.

We took it quite easy on that day, saving our energy for the packrafting round-up next week. The advantage, plenty of possibilities to have a chat and talk about future outdoor plans.

Below you can watch Cajs Video recorded with the GoPro Hero Session camera. 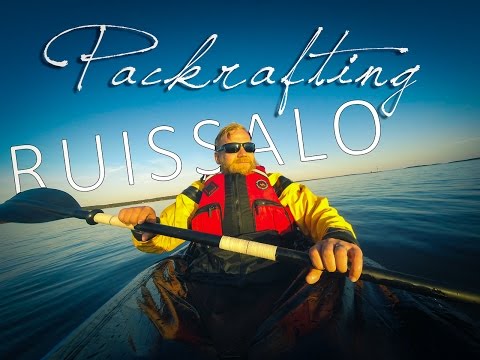 After some paddling, we decided to have a break in one of the islands and to explore it a little bit. There were plenty of birds on the island but they flew away once we came closer to the island.The birds didn’t really disappear but rather observing us from the distance. Strolling a bit on the island we found some duck eggs. However, the smell was terrible. Once we came closer to the shore we had plenty of fun watching Caj testing his new Anfibio Packsuit.

After paddling and drysuit testing we can probably say that we are ready for the Swedish Packrafting Round-Up 2016 next weekend.

Load More... Follow me on Instagram
We use cookies to ensure that we give you the best experience on our website. If you continue to use this site we will assume that you are happy with it.OkNoLearn more